How to make led cloud wall light that changes color

Learn how to make led cloud wall light that changes color and bring some lighted fun into your life. Sleep and wake up with color changing led lights and enjoy the softness of lights that the cloud offers with this cloud wall light. Cloud wall light is a unique combination of art, lightning and imagination.

A while ago my two boys, who happen to be minecraft fans asked me to turn their room into a minecraft bedroom. They gave me specifications that they want a cloudy sky and green grass just like the game.

We started off with the sky! We painted the two adjacent walls in the room with Ocean Boulevard by Behr. Read this before your paint a room based on our first-time experience.

Now it was time to make clouds. Since, the boys love to play games. Making realistic looking clouds that have thunder lighting, storm and sunny cloudy day vibes would be exciting. These lightning clouds sync with the music to make it more realistic as well. 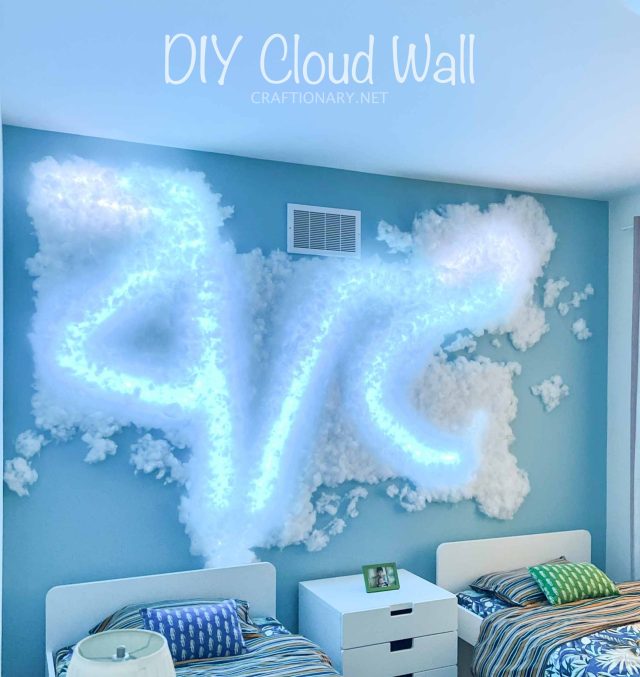 So, I decided to surprise them with DIY Led Cloud Wall. This wall is so much fun to make and seriously addicting! We love playing around with these Led lights and it’s so relaxing and soothing to watch the colors especially at night with the lights turned off and fully dark bedroom.

Will the led cloud wall light get hot or catch fire?

It all started with the Cloud Ceiling trend that I watched and it readily caught my eye! My first concern was are cloud walls a fire hazard?

So, we did a little experiment even though it says LEDs don’t get hot. This was for our own peace of mind. My brother has LEDs for years and I asked him to put some stuffing on top of it for about 4-6 hours and see if it gets hot in a safe space! This was done while the lights were turned on for hours.

That experiment went well and tiny light bulbs stayed cold. Next I even did the same experiment with the Leds I bought at home before starting this project! The experiment was a success! Once I completed the cloud wall light I realized that their is are pockets of space between the stuffing and led that allows for ventilation as well.

Disclaimer: Please note I am sharing this project as a creative idea only! This is my personal experience. For any concerns about Led lights or heat in your space please contact the company.

I know Govee has a very strong reputation in making Led lights but out of curiosity I bought another one which had the most reviews and highly rated on Amazon to compare the two.

The price difference between the two was just $10. With Govee being on the expensive side. However, the following is the feature comparison leading to Govee being a clear winner!

The strings were good but the remote control was too basic. It came with with only 4 color choices, and a few buttons for features like flash and skip. It couldn’t do much in terms of effects. However, the biggest turn off was that the remote would skip working even in the first few times I was trying it! Very low quality! And their is no secondary way to operate the lights! 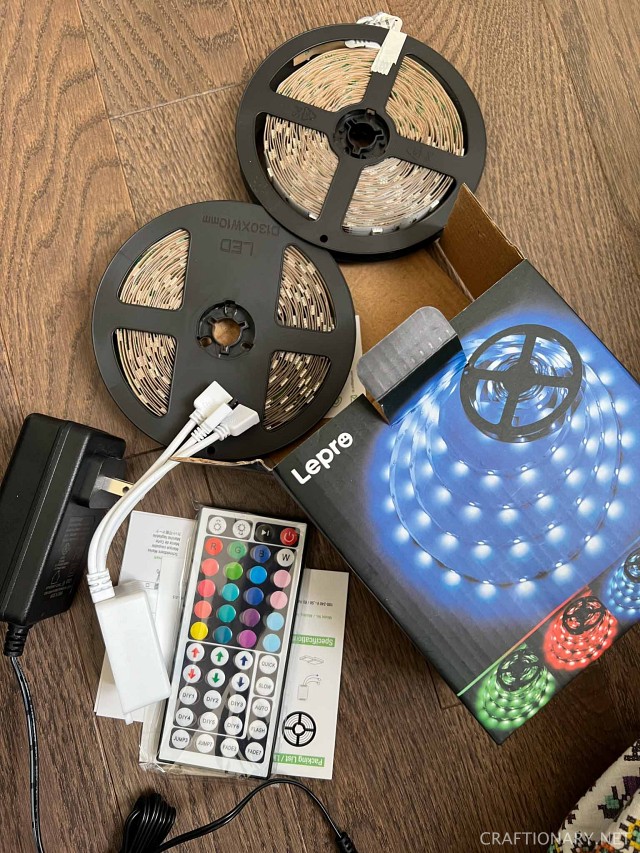 Now where do I start! It’s quality is very good. It comes with a switch to operate the lights that connects to the adopter. You can download the app and operate the lights with your phone. This app is outstanding. The number of features, effects and colors are outrageous. You can do so much with these lights and have fun watching them all night long! It comes with sleep and wake up modes which my boys love the most.

It is RGBIC led strip light with music sync mode. It is safe to use and has a set timers. You can adjust brightness and make your own DIY modes of lightning to enjoy the wall sighting. It’s like Aurora in your home. 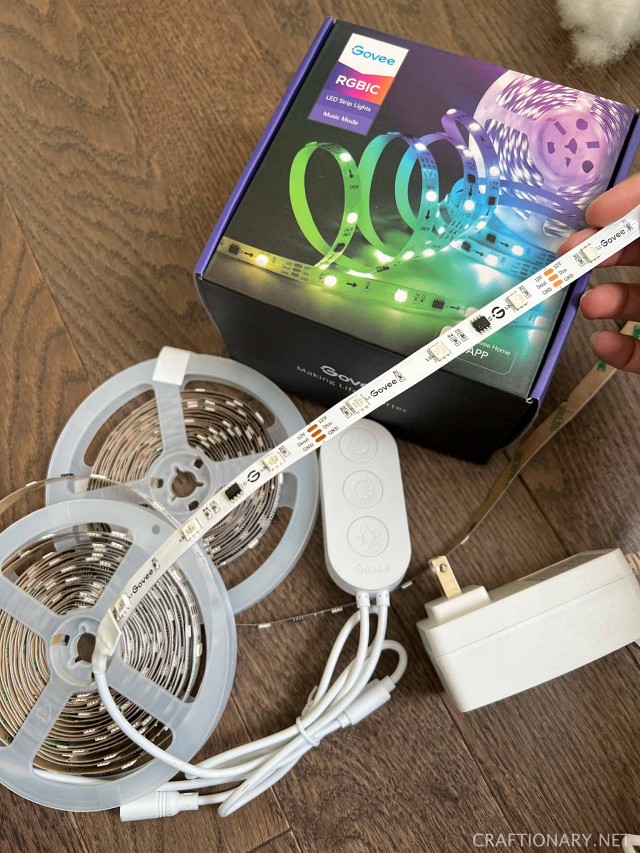 Watch this video and get entertained by a few cloud effects we tried on Govee lights behind our Led cloud wall.

Now let’s get into making this fantastic wall with cloudy sky that lights up!

Some simple things that you need to make starry night cloud wall lights include:

Here’s the step by step tutorial to construct led cloud wall that lights:

1. Start by making a rough design to guide you.

2. Now following the design use thumbtacks to hang poster paper on the wall. This will act as the border for your clouds. Use level to align the posters.

I used 8 poster papers from dollarama for this project.

It is easy to stick led lights and stuffing to a smooth surface. The paper also aids in keeping the wall clear and clean. You can also easily remove the cloud and place it elsewhere incase you place it on the wrong wall or want to change in future.

LED Strip Lights for the wall

3. Next add led strips onto the cardboard paper. It is a simple peel and stick light.

I used Govee Led Lights from Amazon. The box included 2 strips of 16.4 ft each! If you want more lights buy longer strip lights.

You can also use flexible LED tubes that are indoor and outdoor compatible for this project as well. I saw them at Costco.

You can put it in any pattern that you wish or just random for a design abstract. This is the part where you get creative on the cloud. I wanted it to look like lightning and since lightning is in straight line and random spots in a cloud I went with this pattern. It also creates an A in one spot which made my boys exciting for their initials. Even more fun!

Now comes the only part that will take some time. It took me about 2-3 hours to put all the polyester stuffing on the walls.

IMPORTANT: Make sure your windows are open for proper ventilation and you wear a face mask before proceeding to the next step! If you don’t want the stuffing to stick to your hands you can wear gloves as well. 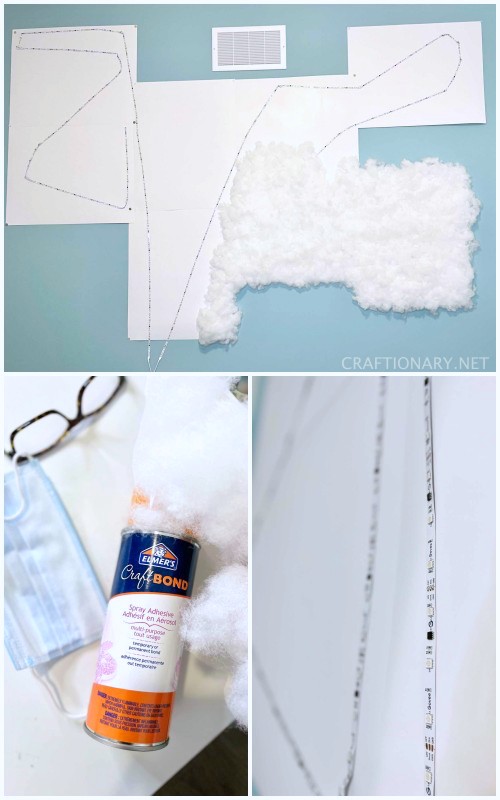 Realistic Clouds for the wall

4. Use spray adhesive to glue the polyester stuffing to the wall. The stuffing is the same you use to fill stuffed toys, soft toys or plush toy. It is also known as fiberfill (fibrefil) stuffing.

There are two ways to do it and both work just fine.

You can spray the stuffing and press it on the wall to stick. Make sure to hold it in place firmly for a while so that it sticks.

You can spray the wall/ poster paper and stick the stuffing in place.

Once done the clouds looked pixelated and rectangular. So, I placed some clouds in random places to bring natural cloudy vibes. I also cut some poster paper in round cloud shapes for the sides to make the clouds look round and fluffy.

The completed look is amazing in both day and night. In the day the white cloud looks soothing and in the night the light show is full of excitement. 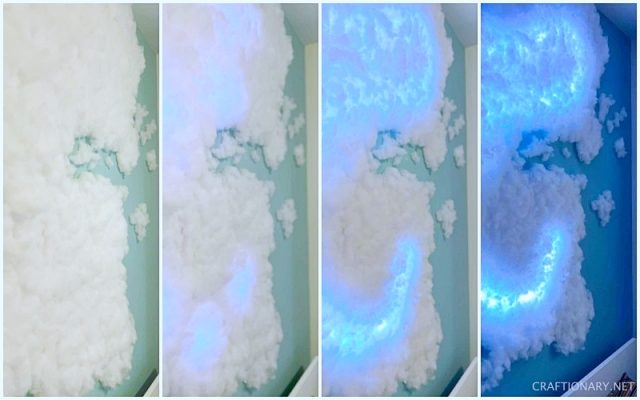 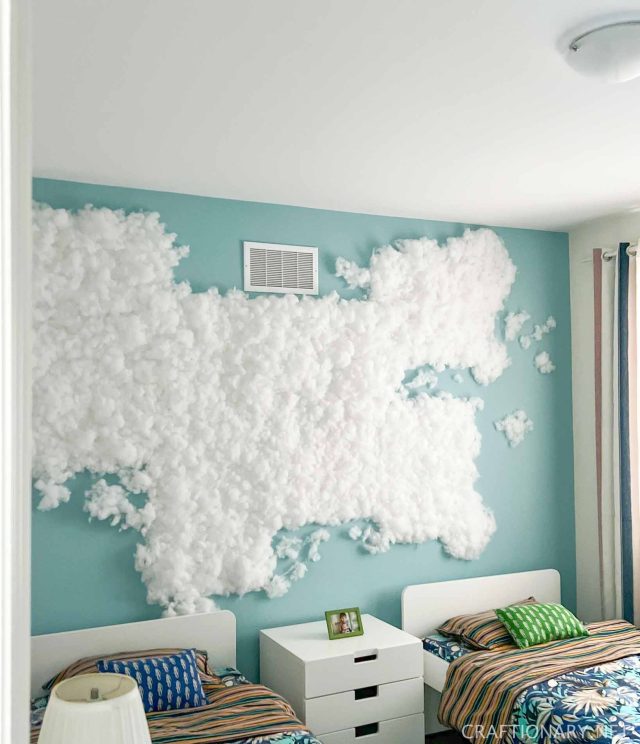 I’ll see you soon with the next project that completes this room or a craft while I process and buy the material for the next wall. 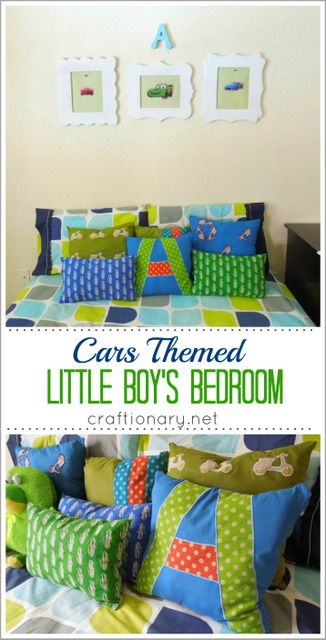 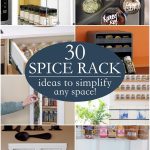 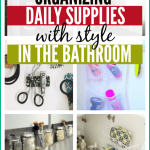 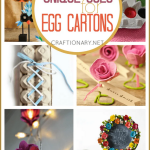 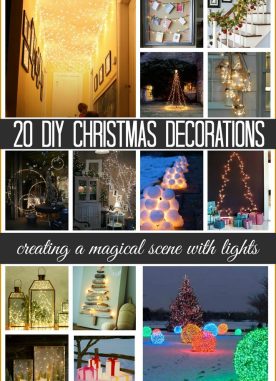 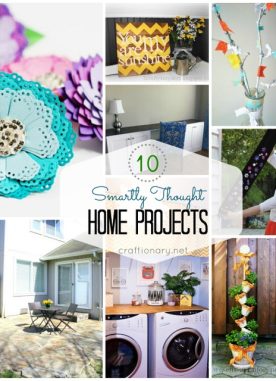 10 Smart Home Projects on a budget 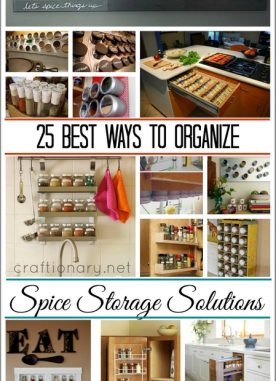 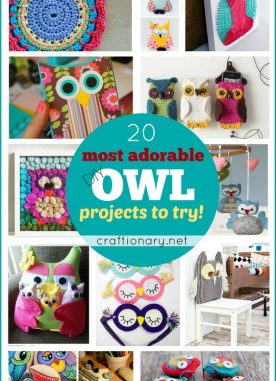